About SI Manufacturing’s History and Values

SI Manufacturing’s roots go back to 1953. Our present-day company is an outgrowth from a partnership between J. Ross Reed, Jr. and Clarke Reese, who met while both working at an electric coil manufacturing company. However, when their employer couldn’t handle a large project that the two men had spent years working on, Reed and Reese decided to leave and start their own business with a mission to accommodate challenging project needs such as that one.

The Roots of SI Manufacturing

The two men started manufacturing precision electronic coils in Reed’s home garage, but after only a couple of years, their manufacturing operation outgrew that suburban location. They soon relocated to a more conventional commercial building in Pasadena, California. While Reed and Reese began their business with the intent to distribute large coils, they eventually transitioned to small precision coils that were just as useful and in-demand as their larger counterparts.

While the heart of the company had always been magnetics, as Reed and Reese expanded their business, filter assembly and power assembly projects were added to the company’s capabilities. Then, as the question of where to put the manufactured power supply equipment became a common industry issue, they met that challenge as well. Ultimately, SI Manufacturing became focused on producing custom manufacturing solutions, rather than predetermined commercial products.

When Standard Industries was acquired by the Reed and Reese team in 2000, SI Manufacturing gained their tape recorder manufacturing operation. These resources allowed SI Manufacturing to take on the biggest project they had worked on up to this point: the TSE 38. Hired to produce parts for a battlefield communication center, the company manufactured power conversion and distribution units, which gained the company a reputation within the Aerospace industry. 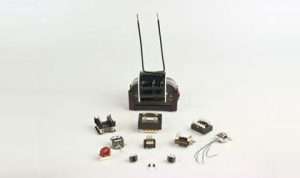 SI Manufacturing continually produces solutions using creative techniques to provide our customers with the highest quality and value. An example of our innovative strategies at work is seen in our CAT scan machine project. We were employed to produce X-Ray tubes that would be subjected to electrical pulses. These pulses often damage tubes over time, so SI’s challenge was to create tubes that would withstand an impressive 100,000 volts at 1,000 amps. Clarke Reese and Bud Reed personally worked on this project, eventually developing a new resin and producing new tooling specifically for this application. Now, over a quarter of a million of these parts have been distributed, with a customer failure rate of 0% and an internal failure rate of only .01%

Working Smarter Rather Than Harder

SI Manufacturing is strategic in our manufacturing work. Rather than stick to traditional solutions, we are constantly looking for ways to operate more efficiently. For example, an SI engineer, Ata, who had been working with the company for years, was eventually promoted to production manager where he would work with parts he had previously designed himself. As an engineer in charge of production, he was able to redesign the entire production process when he saw potential for greater efficiency. This optimization is the direct result of SI’s “work smarter not harder” value, as well as the result of trusting the instincts of our team. 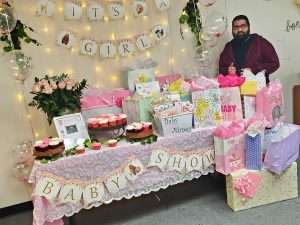 While 50% of family businesses fail after the first generation, SI Manufacturing is still going strong well into its third generation of business. Additionally,  we boast impressive longevity with our employees as well. This is a direct result of our dedication to integrity in business. Treating the company as an extension of family, our instilled values work to support our employees and create avenues of growth for team members who wish to succeed.

As a small business, our company structure not only benefits our employees, but our customers as well. When you partner with SI Manufacturing, our agility as a business sets us apart from larger competitors, as we are able to make spot-on decisions without going through a long chain of command. Discover for yourself the advantages of working with SI Manufacturing!

We use cookies on our website to give you the most relevant experience by remembering your preferences and repeat visits. By clicking “Accept All”, you consent to the use of ALL the cookies. However, you may visit "Cookie Settings" to provide a controlled consent.
Cookie SettingsAccept All
Manage consent

This website uses cookies to improve your experience while you navigate through the website. Out of these, the cookies that are categorized as necessary are stored on your browser as they are essential for the working of basic functionalities of the website. We also use third-party cookies that help us analyze and understand how you use this website. These cookies will be stored in your browser only with your consent. You also have the option to opt-out of these cookies. But opting out of some of these cookies may affect your browsing experience.
Necessary Always Enabled
Necessary cookies are absolutely essential for the website to function properly. These cookies ensure basic functionalities and security features of the website, anonymously.
Functional
Functional cookies help to perform certain functionalities like sharing the content of the website on social media platforms, collect feedbacks, and other third-party features.
Performance
Performance cookies are used to understand and analyze the key performance indexes of the website which helps in delivering a better user experience for the visitors.
Analytics
Analytical cookies are used to understand how visitors interact with the website. These cookies help provide information on metrics the number of visitors, bounce rate, traffic source, etc.
Advertisement
Advertisement cookies are used to provide visitors with relevant ads and marketing campaigns. These cookies track visitors across websites and collect information to provide customized ads.
Others
Other uncategorized cookies are those that are being analyzed and have not been classified into a category as yet.
SAVE & ACCEPT